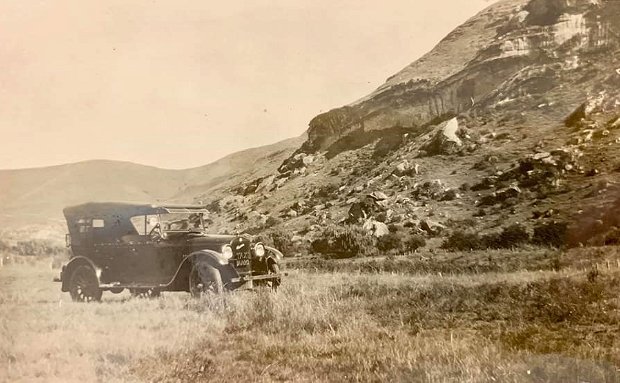 Clarens, a small town situated in the Eastern Free State is today a tourist attraction and capital of everything from adventure to art. And what uniquely describes Clarens history of its geological and architectural features, is what the town is built on, sandstone formation from the many buildings in the town of homes, restaurants, and nature reserves, places of activity or accommodation and wedding venues. 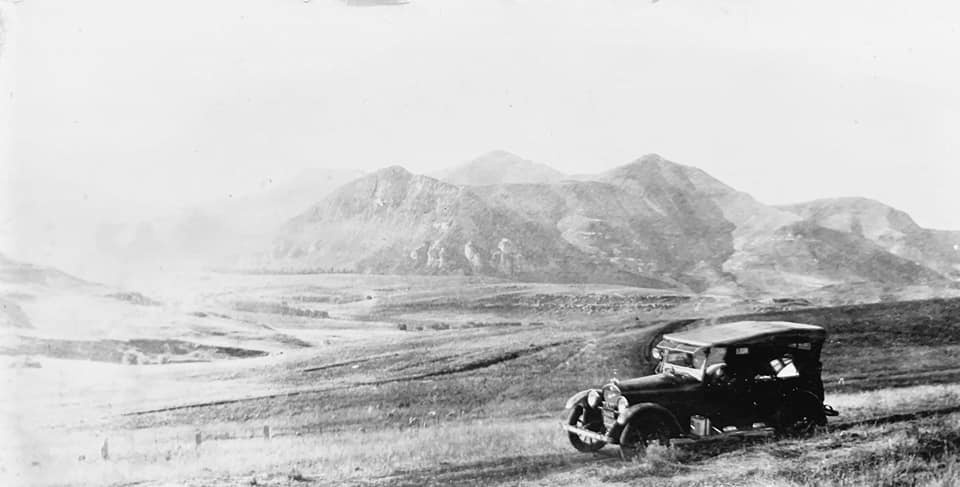 This town that’s over 100 years old, with plenty of history that adds to making the town into what it is today. A great variety of fossils from teeth, claws and limb bones indicate that there were prehistoric giants of dinosaurs that roamed in the town before the bush men who were the first people to dwell in the town came into the scene, as evident of Khoisan Hunter gatherers shown on the town’s rock art.

Established in 1912, the town of Clarens was a result of two farms being sold Leliehoek was bought from Hermanus Steyn in 1910/11 and Piet De Villiers sold his farm Naauwpoort (situated near the Titanic rock) to a company at the time wanting to have village in the area, the two farms were divided into even and sold for fifty pounds. And after negotiations a decision was made to name the village after President Paul Kruger influence on the area after he as a voluntarily exile lived his last days in the town of Clarens in Switzerland. Following the Free State-Basotho War of 1865 – 1866, where five Transvaal burghers were murdered in the Eastern Free State, and as a result war was declared between the Transvaal and the Basotho leader, Moshoeshoe. 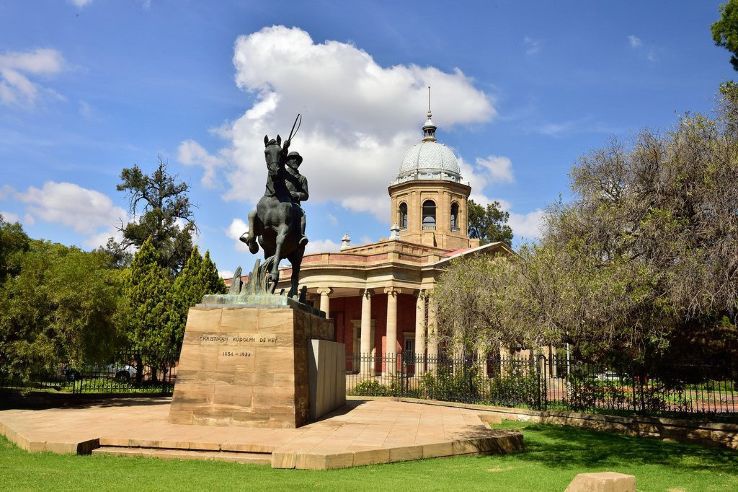 Clarens often referred to as a ‘jewel’ of the Free State, and one such ‘jewel’ is it’s Titanic Rock. The most notable sandstone cliff in the area is situated just 2 kms north of Clarens. It’s a huge rock that stands like a sentry to welcome all who visit the village. The uniquely shaped rock forms part of Clarens history as it was named by a resident after the Titanic ship tragically sunk. Due to its remarkable resemblance and being shaped like the bow of the ship. 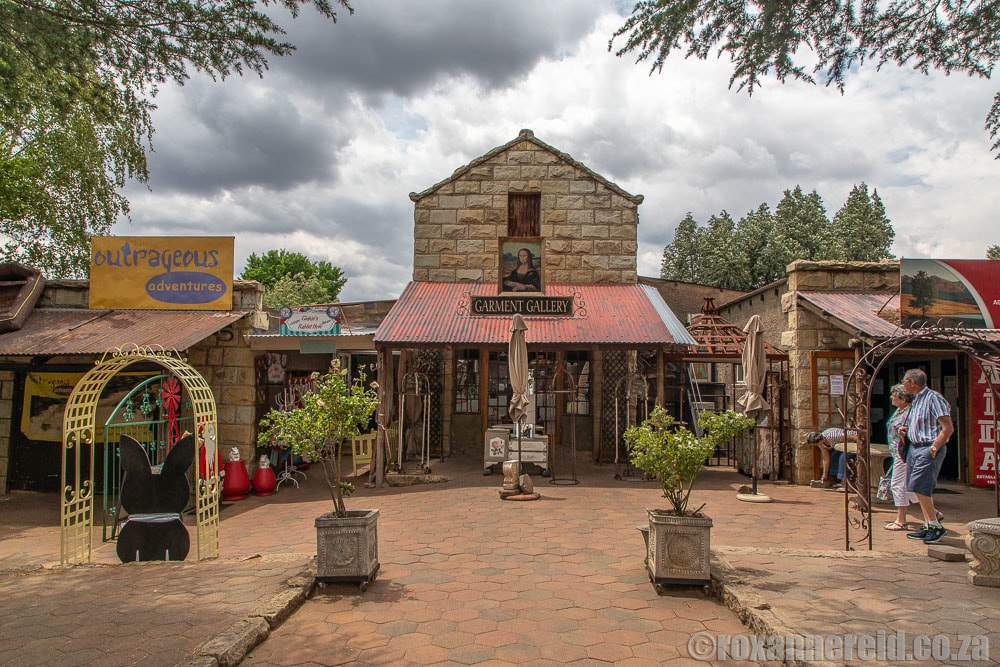 Many of the homes and buildings in Clarens are built using local sandstone, giving them a particular appeal. The Artists' Amble is a route that takes in the local art galleries run by and supplied by local artists. And if none of these activities appeal, lay your hands on a copy of The Speckled Bean, the local community magazine for insider information. 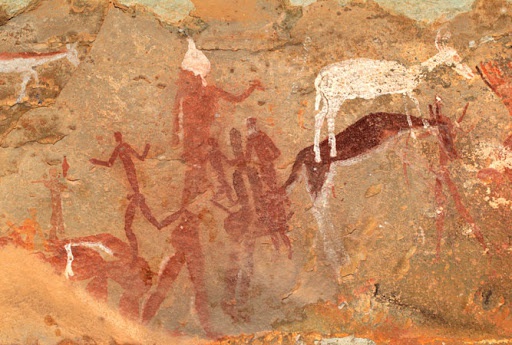 Rock art is Africa’s oldest artistic tradition and South African Bushman or San rock art is one of the finest, oldest and most enduring artistic traditions in the world. Most of the art seems to have been made during the last 2 000 years and much of it in the last 800 years.

Rock art is visual imagery painted onto or engraved out of the rock face. It is an archaeological artefact that tells us about its makers, who they were, where they lived and what they thought and did. Bushman rock art is also highly symbolic and religious.

Shamanism centres on a belief in a spiritual world that exists behind the rock and which medicine people or shamans could travel to in order to heal, make rain, fight evil and so forth. Functioning as both homes and sacred spaces, the rock art shelters are monuments to the lives and spirituality of the Bushmen.

There are over 25 000 rock art sites throughout South Africa. Many of these are in the vicinity of Clarens, Golden Gate and the Maluti Mountains, with several exceptional rock art sites close to Clarens. Guides are available to assist visitors and in many cases visitors are able to make their own way to the sites. Rock art is an irreplaceable treasure that must be looked after and protected. 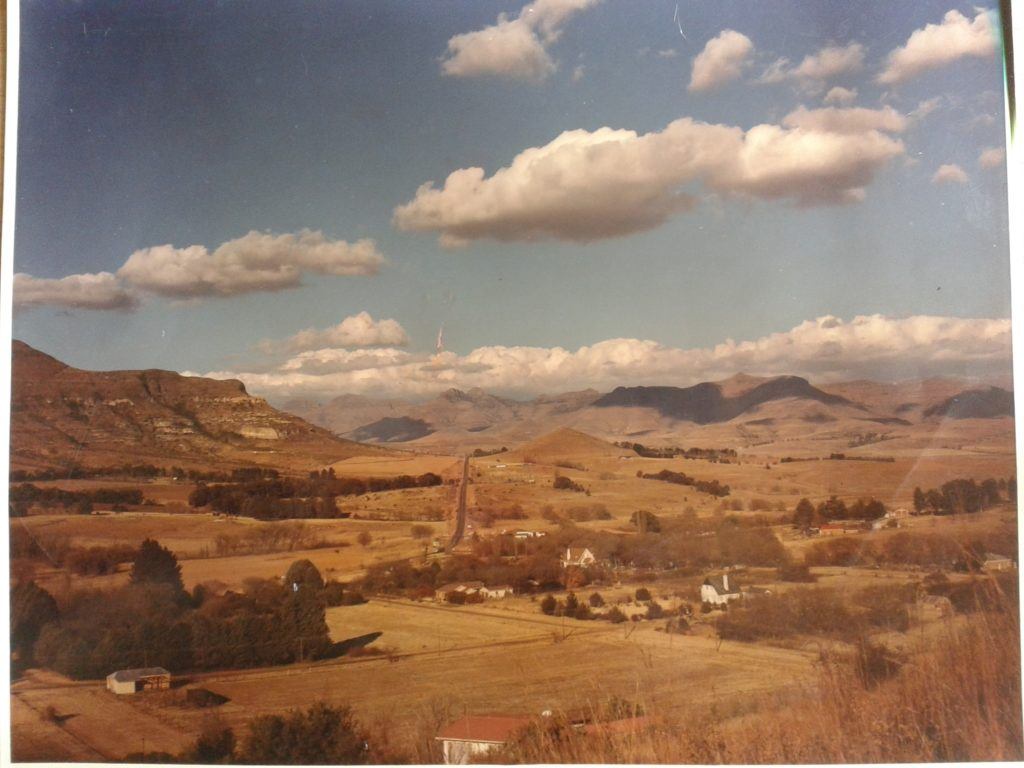